Why We Don't Use Flash

posted by Chris
on Fri, Apr 27, 2012
Flash websites were all the rage in the early 2000s. So was Britney Spears. Since then, the web and the means of surfing the web have evolved, while Flash has remained largely unchanged. Having a Flash website doesn't mean that you have a bad website. It just means that it doesn't work like most mainstream websites, and won't work on most mobile devices. There are many reasons that we don't create Flash-based websites and advise our clients to stay away from it. Here, I offer our primary reasons.

It used to be the case that if you wanted to add rich, interactive content to your website, you turned to Flash. Today, that’s just not the case. Don’t get me wrong, there were some spectacular Flash-based websites out there. However, as the web has matured, other technologies have caught up, and in some regards, surpassed Flash’s capabilities. During this time, Flash has become less popular for several reasons:

1. Flash isn’t installed everywhere like it used to be

A 2011 study (PDF) revealed that in the United States, there are more adults with smartphones than there are adults with bachelor’s degrees. Of those smartphone owners, 87% use them for internet or email. And probably the most important statistic: 25% use their phones as their primary internet device instead of a computer or laptop. The study also doesn’t take into account the millions of iPads and other tablets that have been sold in the past few years.

It’s worth noting that while Flash is installed on some of Google’s Android phones and tablets, Flash simply isn’t available for the iPhone and iPad. Moreover, Adobe announced late in 2011 that it has completely abandoned Flash for all mobile devices going forward. 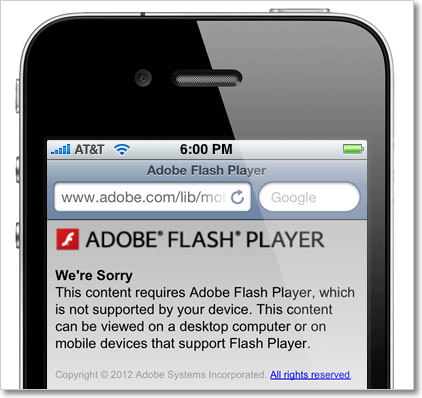 Mobile isn’t just an up and coming trend that will be here in a few years. It’s already here. We are at a point where mobile cannot be ignored – its use is too widespread.

As a self-described UI enthusiast, there are many reasons I could cover about why Flash falls short when it comes to usability. Without delving into all of them, I’ll briefly touch on the main ones:

During Flash’s glory days, HTML websites were very static – dull, even. JavaScript, HTML, and CSS have come a long way in the past 10 years. JavaScript can handle advanced applications and animations, HTML5 supports video playback, and CSS3 can be used to create beautiful interfaces. JavaScript, HTML5, and CSS3 – all of which Banyan Theory utilizes – are the standard on the web, supported by virtually all modern browsers and mobile devices.

This, quite possibly, has been the biggest factor in Flash’s downfall.

There was a bit of a media-induced soap opera between Apple and Adobe in 2009. Steve Jobs posted an open letter called Thoughts on Flash explaining why Apple chose not to include Adobe’s Flash technology on the iPhone. Jobs listed a few main points in the letter, but the one that stands out to me the most is that Adobe has been unable to produce a working version of Flash that doesn’t drain the battery.

I have Flash installed on my laptop since there are still some websites that require it. However, I keep Flash disabled in my web browser. Why? I’ve found that I get much longer battery life out of my laptop when I’m surfing the web with Flash disabled. I’m not talking 5 or 10 minutes longer – I’m talking 1 to 2 hours of better battery life. By having Flash disabled, the majority of what I’m missing is in the form of advertisements – all the annoying, bouncing, flashing images off to the side that are telling me to “BUY THIS! RIGHT NOW!!” So, by having it disabled, I get longer life usage out of my laptop and I skip annoying advertisements. When I do come across something that requires Flash, I can easily enable it, allowing me to use Flash normally. (For those interested, I use the Flash Block plug-in for Chrome.)

Side note: I personally think it would be very interesting to see a study of how much energy the world could save if we all disabled Flash.

It’s also worth mentioning that virtually every single Windows-based computer comes with Adobe’s Flash pre-installed, while Apple no longer sells their computers with Flash pre-installed. Unlike their iOS devices (iPhone and iPad, which don’t support Flash), users can install it on their Apple computers if they choose to do so.

When you’re on a computer, yes, it does. However, popular sites like YouTube and Vimeo also make their videos available using HTML5 formats, making them mobile-friendly. Not all video sharing sites are up to speed on this, so before you post a video on your website, double check it using your phone to ensure it’ll play without any problems.

You don’t have to abandon Flash completely. Just be sure that you are using it sparingly, in a way that adds supplemental graphics and decoration – it shouldn’t be used to show important content. It’s also a good practice to hide the Flash content from mobile devices to avoid displaying a “no Flash” image, which can make your website look broken. 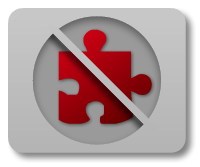 What it boils down to is whether or not your users have Flash installed. With a growing number of people getting to your website using a phone or tablet, the answer to that question is increasingly becoming “No, they don’t have Flash.”

Looking for a professional insurance agency website that works across all devices, platforms and browsers? Check out our website designs specifically built for insurance agents, or get a real-time quote to see how affordable a new website can be.

There are no comments yet.