How We're Preparing for the End of the World

If you have an insurance website from Banyan Theory, you’ll be happy to know that we’ve taken steps to protect your site from the upcoming end of the world (which, as the Mayans have told us, will occur on December 21, 2012). We want to ensure that your website will remain available in the off chance that anyone survives the end of the world and they need information about their insurance.

Over the past couple of years, we’ve been formulating ideas that would protect our servers from such a scenario. Here are our ideas:

The first (and worst) idea was to place our servers deep below the surface of the earth. 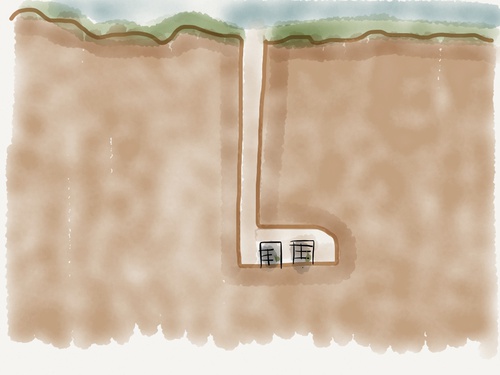 Unfortunately this would be prone to flooding and would be in the path of the many volcanoes that are expected to spontaneously appear and erupt.

Our next (and slightly better) idea was to hang our servers from a hot-air balloon, keeping our servers out of reach of floods and volcanoes. The heat from the servers would keep the balloon afloat. 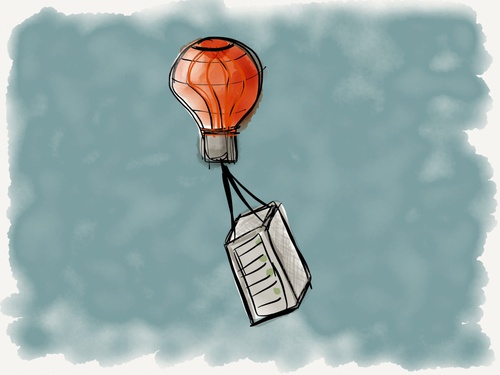 However, this approach isn’t without its problems, the biggest of which is lightning. There’s no good place in the sky to ground an electric surge. So that idea was out.

Finally, our next (and best) idea was the only obvious choice left – to put our servers in outer space. We contacted NASA to find out how we would go about getting our servers onto the International Space Station, since as tax payers we funded the mission. We didn’t get very far, as apparently the space station serves higher purposes than our small business. We pressed them, telling them that the end of the world would be soon, but they blew us off, saying some gibberish about “science” and “proof.”

With no other options left, we decided to build our own satellite to house our servers. 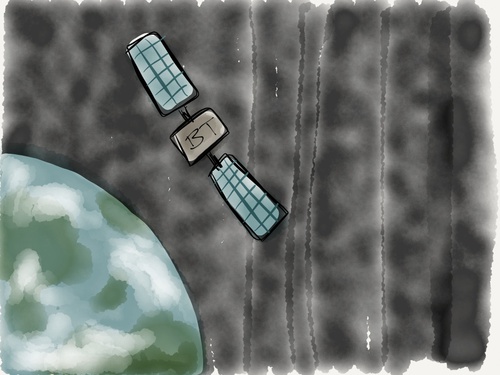 And since a satellite on the ground is useless, we went ahead and built a rocket to put it into space. We have engineering degrees, so this part wasn’t that hard. In fact, Lightrail (our custom-built website platform) actually powers the rocket’s guidance system. 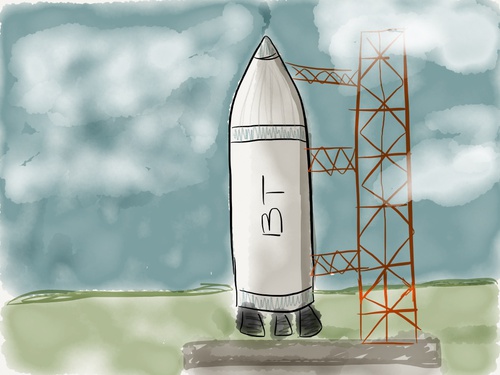 We’re happy to announce that as of this April 1st, 2012, all of the websites we host are running in space and are being powered 100% by solar energy, all at no additional cost to our customers. Server maintenance will be a bit more involved now, but we don’t think it will present much of a problem.

Just in case you thought we were finished innovating, we’re also excited to announce that soon we’ll begin construction of the very first moon-based data center. This will provide an additional layer of redundancy for the websites we host. The websites will run a bit slower due to the decreased gravity and the quarter-million-mile distance between the earth and the moon, but we think the benefits outweigh the downsides. After all, you’ll be able to tell people that your website runs on the moon. 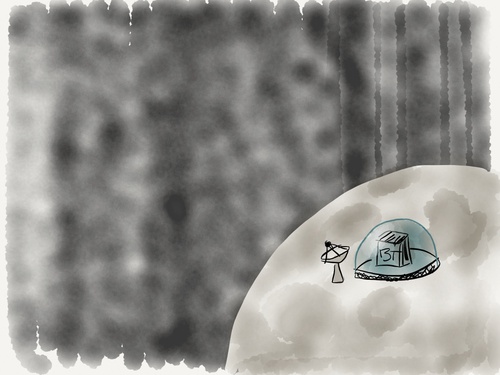 On an entirely unrelated note, we’d like to wish everyone a happy April Fools’ Day.

Illustrations were done on an iPad using the fantastic new Paper app.

There are no comments yet.